The Ghost Wagon of Westlake Hills

Researched and written by Jeanine Plumer

It was hot. Even the splotches of shade scattered along the long empty dirt road provided little relief from the relentless sun. The trickling of Eanes Creek came and went as the lone man in a wagon urged his two horses back to his ranch in the late afternoon.  Hypnotized by the rhythm of hooves, he pondered the events of the day.

He had risen before the dawn, eaten a quick breakfast and headed out to the barn. Making sure his load of hay was secure since the night before, he had hitched the horses to the wagon. Snapping the reigns, he began his journey east toward Austin before daybreak.

The road meandered around the hills west of town, and the setting moon cast long shadows over the familiar route. It had been slow going as he hauled his heavy hay wagon toward the Lower Colorado River. Eight miles later he reached the west shore and by the first glimmer of light in the east, found the low water crossing point. On the opposite side he could barely make out where Shoal Creek emptied into the Colorado. That June morning the river ran quietly.  There had been no rain since before the May Day celebration and it didn’t look like there would be any coming soon. This was where he would forge the river.

Arrival in Austin and back home again

As the sun crested the horizon, the man’s horses and wagon were lumbering up the Congress Avenue to Daniel Creary’s Livery Stable on 5th Street. Creary checked the quality of the hay and, after some haggling and shaking hands, the man was paid for his load.

A few blocks north, he reloaded his wagon with the much-needed dry goods at Beryman’s Grocery and Provisions. There was time enough now to sit down and have a hot meal at Kluge’s restaurant, also on Congress Avenue.  By mid-afternoon his business in town was completed and he determined that it was time to begin his journey back to his homestead among the hills west of the city.

He was moving at a steady pace,  when he halted the wagon abruptly.  A large rock, out of place and certainly absent that morning, blocked the narrow path bordered on one side by the creek and the sloping bank of a steep hill on the other. The rock was too big to straddle and the road was too narrow to go around it.

The man took a careful look around and stared down at the obstacle. Something didn’t seem right. Reaching around to the back of the wagon, he pulled out his shotgun. Cautiously listening, he carefully descended from the wagon seat and approached the misplaced piece of limestone. Looking around one more time, he crouched down, lowered his shoulder into the rock, and shoved it out of the way.

Every instinct signaled for him to get out of there as fast as possible. But before he could lift his foot to climb back into the wagon, he heard the crack of a stick and the sound of rustling leaves. The hair on the back of his neck stood up and he felt a chill down his spine. He swung around, gun raised. But before he could pull the trigger he was lying on the ground with a bullet hole through his chest and life ebbing away.

The sound of gunfire so close spooked the horses and they clamored down the road running wildly.  The bandits didn’t get the chance to grab the reins. No matter. As the sound of the loose wagon and horses faded into the distance, the thieves turned their attention to collecting their victim’s money. They rifled through the dead man’s pockets taking everything of value. They were gone even before the flies could set on the body.

Just up the hill, the Eanes family heard the gunshot crack. There was no reason for a shot to be fired so close to their house. Could somebody be hunting on their land? Indians in the area had long since vanished. The thought of foul play crossed everyone’s mind, as the family grabbed their weapons and hurried to where the shot had sounded. It didn’t take them long to find the murdered man.  His body was in the middle of the road. Still warm, in the heat had already begun to bloat. There was little mystery to what had happened considering what they found: his gun still in his hand, the large rock by the side of the road, and the wagon tracks that led away from the bloody scene. Clearly, this stranger had been ambushed by bandits and had gotten the short end of that deal. Only one question remained: who was this man?

After one of the Eanes boys returned from fetching shovels,  a hole was dug. The nameless man was laid to rest in an unmarked grave. After calling on the Lord to accept his poor soul, the family headed back home.

As time passed, the location of the grave was forgotten and the story of the murder on the property was mentioned only rarely. The land, largely unoccupied, was quiet – or so it was assumed. 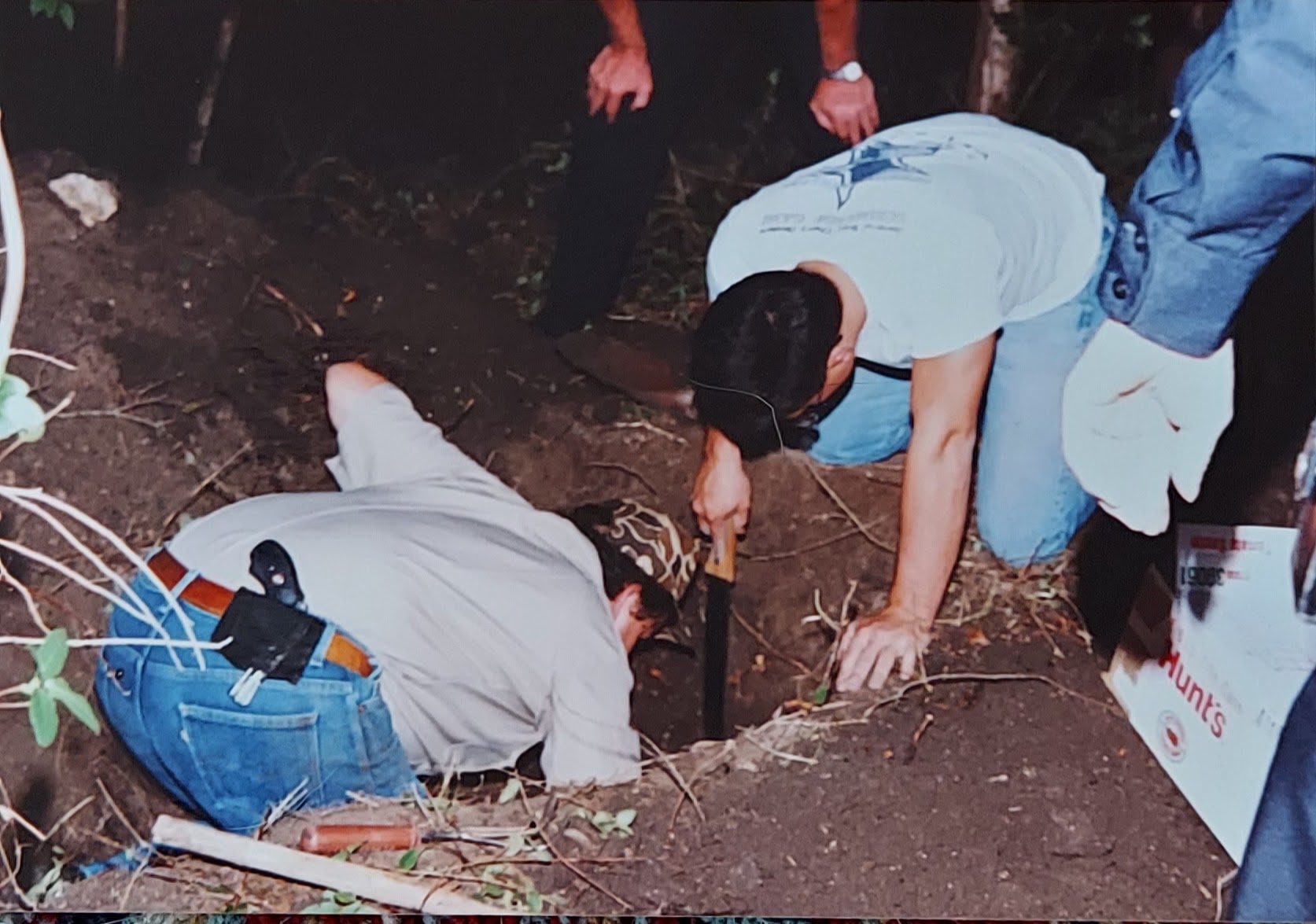 The Ghost Wagon of Westlake Hills Written by Jeanine Plumer   In 1991 when the Westlake police were searching for evidence of deer poachers, they came upon an indented patch of... 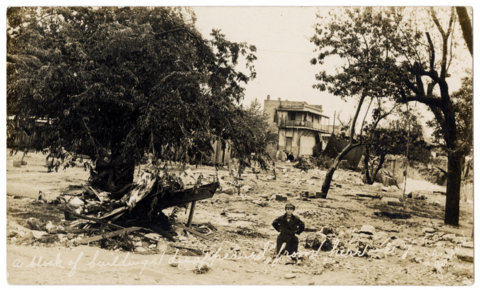 Written by Jeanine Plumer  Haunted Waterway in Westlake After April 7, 1900, it was morbid curiosity that drove people to the vanished lake. Often young boys and girls, now with...