The Ghost Wagon of Westlake Hills

In 1991 when the Westlake police were searching for evidence of deer poachers, they came upon an indented patch of soil. It appeared to be a sunken grave, so the area was excavated and a body was uncovered.  Bone analysis proved the skeleton to be that of a man that had died some 100 years before. Speculation as to his identity and the circumstances of his death began. 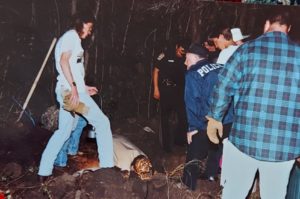 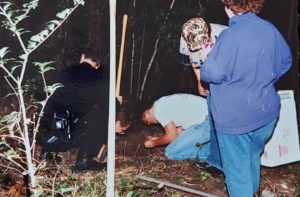 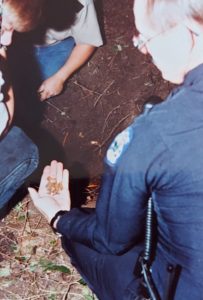 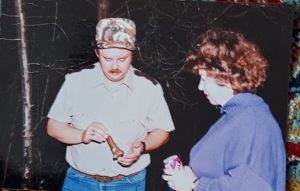 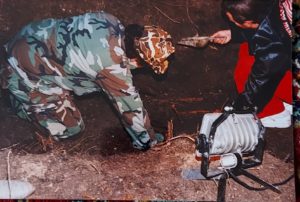 Bruce Marshall, owner of the land, began to recall an old story he had heard as a child about a murdered traveler.

There was a ghost investigation in 1966

Marshall remembered an experience he had in 1966 when a group of five parapsychologists from San Antonio traveled to the old ranch house on a ghost hunt. The group attempted to make contact through automatic writing. This is a process by which the lingering spirit communicates to mortals through a psychic who is in a trance.  Pencil in hand and guided by an assistant, the contacted spirit responds to questions through the psychic. The psychic then channels the messages by writing them down.

During the long and arduous night of the investigation, numerous ghosts made contact.  One of the most communicative spirits was that of a man who called himself  “Burns.” He claimed that three men had murdered him after he had gotten down from his wagon to move a stone from the road. It seemed that after 100 years, the wagon driver wanted his story told.

Another type of investigation ensued

A newspaper reporter who was present at the séance diligently investigated old microfilm newspaper articles at the Austin History Center. He found a newspaper account matching the incident. The article stated that, in fact, a man by the name of “Barnes” had been robbed and murdered on his way back from selling hay in Austin in 1871.  The only difference between that story and the one told at the séance was the location. The newspaper stated that the crime had taken place seven miles north of the city, and the Marshall house is situated seven miles southwest of Austin.

Could his name have been Barnes or Burns? Is the man still lingering, angered by the injustice that befell him?  Did his horses gallop to a frenzied death near Bee Cave Road and Loop 360?

Undaunted by the parapsychologists’ experience, the Marshall family returned to the land that was their namesake. They built a new home and restored the old one.  After they had settled into their new home they heard what sounded like the creaking of straining wood, leather and the pounding of hooves.  The pitch of the approaching wagon would grow louder and then slowly recede, leaving only night sounds in its ghostly wake.

Apparently, the ghost wagon had been heard running near the property for a long time. Luring Austin youth for years to take a late night trip to the abandoned land. One summer night the family’s teenage son and some of his friends decided to spend the night by Eanes Creek, hoping to hear the wagon.  With sleeping bags, flashlights and much excitement, the boys set up camp.  Late in the night, suddenly all sounds ceased.  The crickets quieted, the dogs stopped barking and the frogs were silent.  From the depths of the darkness came the sound of clattering wood, the creak of metal and leather, and the thunder of running horses. The boys strained their eyes to their surroundings to identify the source of the sound, but could not. The beating hooves moved closer, growing ever louder. Before the pounding reached the small group by the creek, the terrified boys ran full speed back to the light and safety of the house.

Other people experience the ghost wagon

In addition to members of the Marshall family, several night watchmen at the neighboring office building also heard strange ghostly sounds at night. Most notable was the sound of an approaching wagon that never arrived.

One day a man named Joel Quintanella, who had been working as a security guard at the State Capitol ran into Bruce Marshall. He described a night he would never forget.  As a youngster, Joel and some friends had ventured out late one night to listen for the ghost wagon. They were laying low along the old ranch road, watching the moon filter through the trees. At approximately midnight the sound of a wagon could be heard approaching.

“What happened?” asked Marshall, hoping he would at last talk to someone who had seen the ghost wagon. Joel smiled, before the wagon could reach them, he confessed, he and his friends were halfway home.

A Ghost on Davis Lane a story told to Jeanine Plumer: I’ve lived here in Maple Run for over 30 years (Grew up in South Austin near Barton Springs) and... 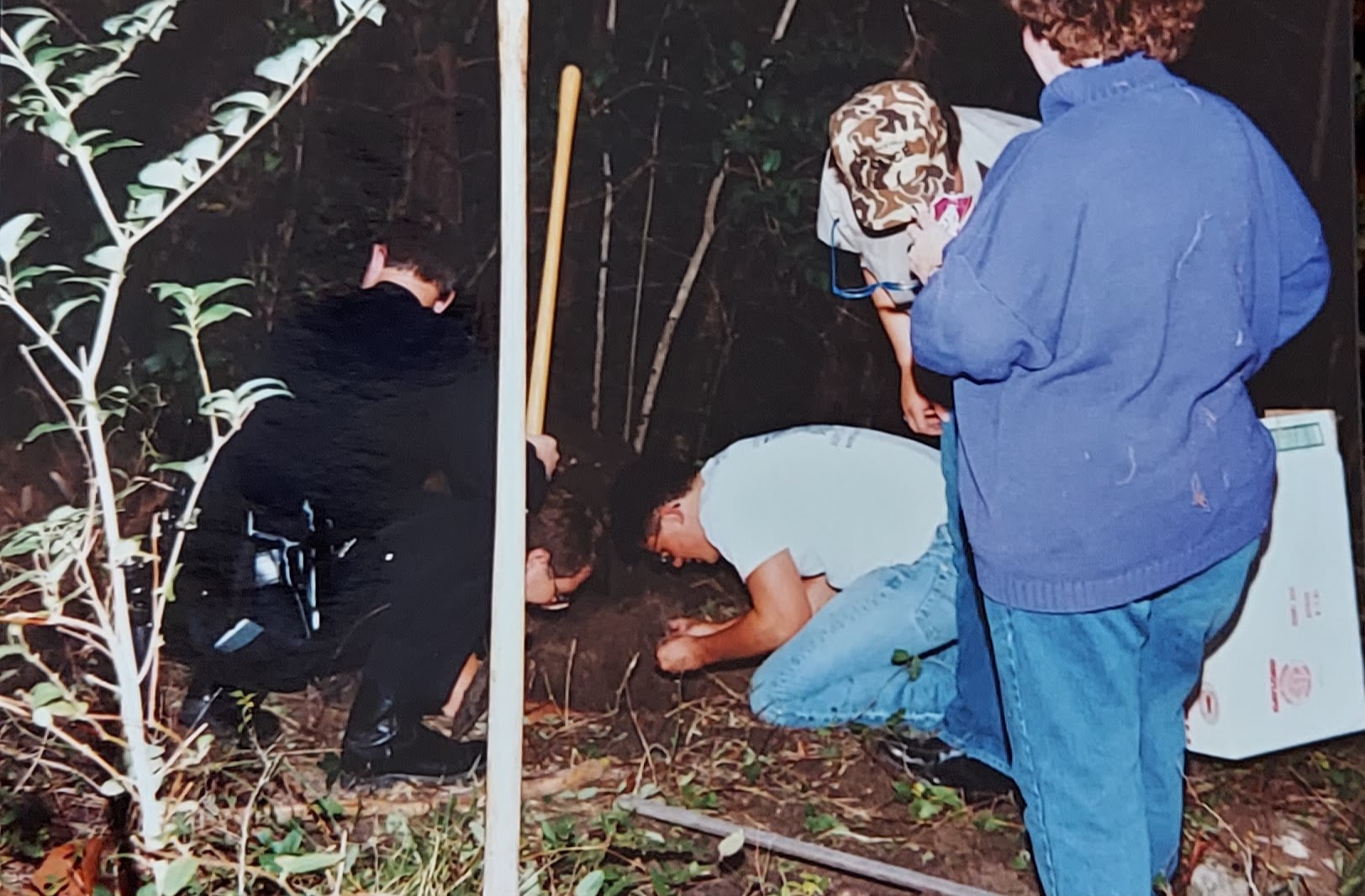 The Ghost Wagon of Westlake Hills Researched and written by Jeanine Plumer    It was hot. Even the splotches of shade scattered along the long empty dirt road provided little relief...