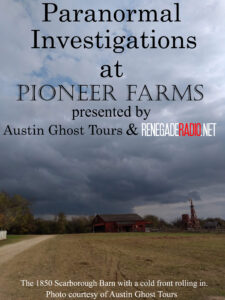 In October of 2020, as the world was first feeling somewhat comfortable emerging back into a post-pandemic existence, Austin Ghost Tours was invited to be part of a paranormal Q&A at Pioneer Farms in North Austin. It’s a living history farm containing a great number of buildings that have been moved there as exhibitions of Austin’s history, but some of the destinations there date back to the 1840’s and, in the case of the Tonkawa Native American Encampment, long preceded even those early Texas settlers.

In talking with some of the other presenters who took part in the panel, I’ll admit I engaged in a little bit of “one-upmanship.” First of all, everyone else on the panel was male, and I just got this whiff of gender bias, as though women have more to prove in the field of paranormal research. (Let’s just say I resonated with that all-female Ghostbusters film.) Plus, our investigation style is a little different than most, and almost directly opposite of what is seen on popular paranormal cable TV shows. Austin Ghost Tours doesn’t believe in all-nighters, we never endanger guests by investigating in total darkness, and we’ve never felt the need to have an exorcist on staff.  Go figure.

One team leader and I were discussing SLS technology, or Structured Light Sensors. The theory is that you can utilize a device developed for gaming which throws out particle beams, and when the device senses something or someone ahead, it will form a stick figure pattern.  Sometimes, though, the device can be fooled: the SLS camera may “fixate” on a pattern or an inanimate object such as a parking meter or a mannequin and mistake it for a person. But sometimes, it picks up something extraordinary where there is nothing seen by the naked eye.

Such was the case in the Gentleman’s Parlor of the Bell House on Pioneer Farms. I was telling this person about how I had, on numerous occasions, picked up a figure in the parlor by the card table.  He smirked a little and said, “I thought we got something in there too, but it was just focused on the pattern of the chair.”

“Did this chair tap his foot and motion as though playing an instrument as you sang, “Buffalo Gals?”  The man stared at me, dumbfounded. I continued, “Cuz’ I got that little gem on video!’

The incident I was describing took place on May 7, 2020, the night of, not just a full moon, but a super moon. Austin Ghost Tours was working out the bugs on whether we could livestream a night tour at Pioneer Farms for our podcast Haunted Texas and Beyond. We decided to video the tour as a back-up in case we lost the signal or couldn’t stream at all. (Pioneer Farms stays “in character” with next-to-no electricity available.)

Tour Guide Stephanie was going to do the historical part, and I was retelling what paranormal experiences we and others had had there. We were also going to try a few experiments with battery-powered equipment.

The Bell House had always given us a wealth of evidence on tours and investigations prior to the pandemic; phantom aromas of flowers and pipe tobacco, strains of music, knocks and bumps, and even books tossed off a shelf in the parlor while we were down the hall in another room. And it was in that Gentlemen’s Parlor of Judge James Bell (for whom Bell County, Texas is named, by the way) where I first picked up a stick figure on the SLS camera who followed requests to move from one side to another, to wave, to crouch, or to get up onto the table.

But it was while Stephanie played a recording of a song that they might have played in the music room across the hall that the figure appeared on that moonlit night very animated and lively. We spoke to “him” and complimented him on his dancing, because that’s what it looked like he was doing. I asked, “Do you know this one?” Then began singing,

And dance by the light of the moon?”

The figure tapped his left foot and moved both arms near his head on the left side.  We were silent, wonderstruck, and mystified by what he was doing, when our videographer murmured, “It looks like he’s playing an instrument!”

“A instrument!  You’re playing a musical instrument!” we exclaimed almost in unison. And as we sang another chorus with gusto, we watched arms and legs of this stick figure accompany us with phantom fiddling and foot-stomping that we could see but not hear.

Whenever I operated the SLS, I always made sure there was someone by me capturing video over my shoulder. That way, there was a witness – we’re looking into this room. There is no one visible in this room. Yet, you can see on the SLS screen there is someone there, and that someone is interactive with us. I’m not playing a recording. There is no manipulation; this is a real-time paranormal response.

I have since discovered and downloaded an SLS app on both my phone and my iPad called Ghost Tube SLS. I have found it to be as accurate as the big bulky set-up of the gaming console, battery pack and monitor that cost me $390 and more grief than I care to go into here. The app is free, but pay for the premium version, and you can save videos and download them. By doing so, I have captured and saved SLS evidence at multiple sites, including Yorktown Hospital, Bartlett Grammar School, and two spirits in the choir loft of a church dating back to 1884.

Book a tour (www.AustinGhostTours.com) with me sometime and ask me to show you the video of the night I serenaded “The Phantom Fiddler of Pioneer Farms.”  Or click this link to our YouTube Channel, https://www.youtube.com/watch?v=51K3D4GmYus and prepare to be amazed.

Until we meet on tour, keep dancing, my friends!

Listen to our podcast about our time at Pioneer Farms 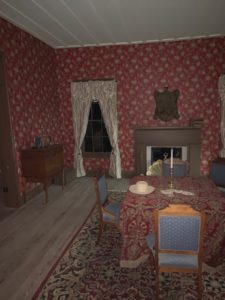 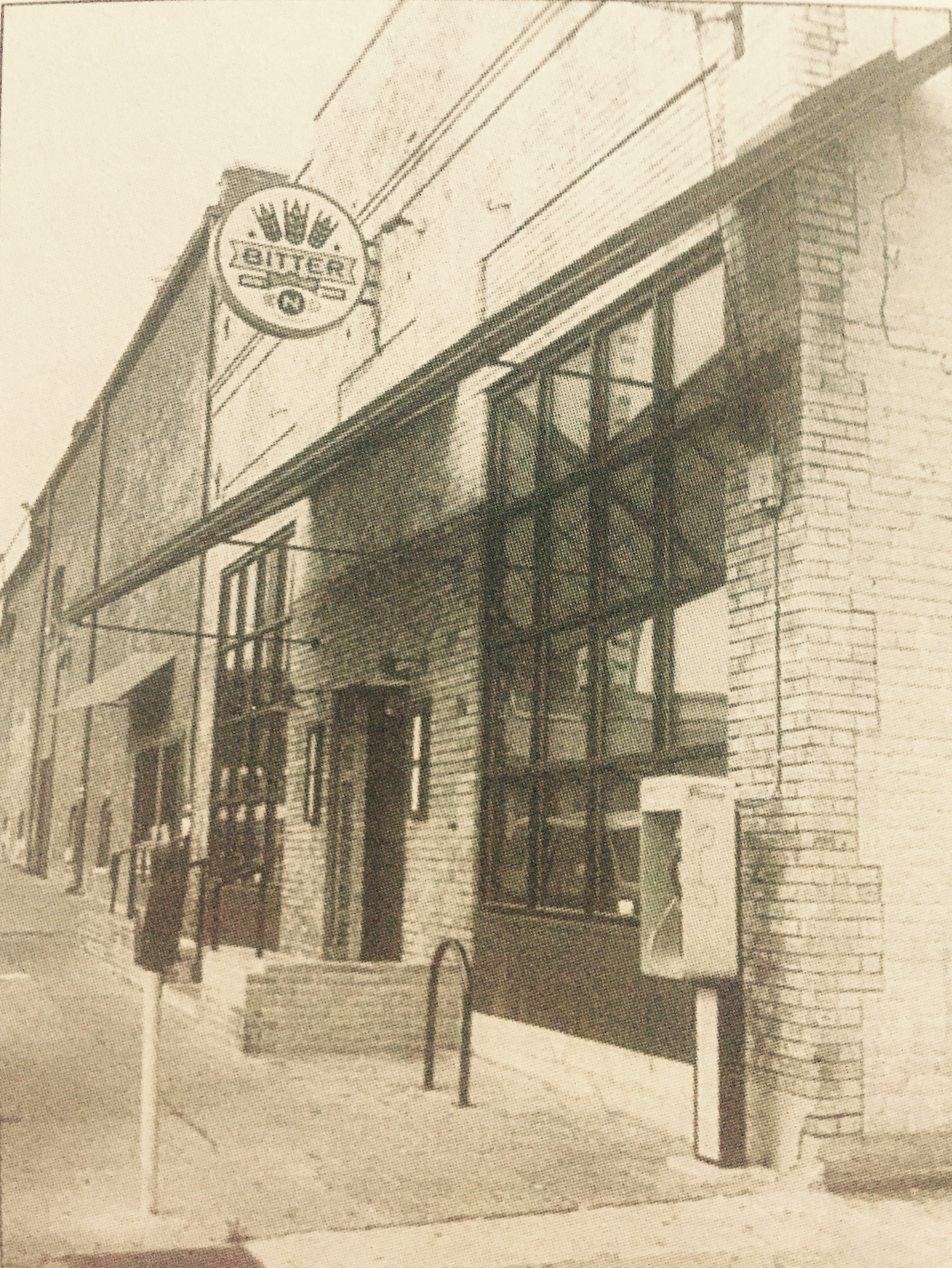 Written by Monica Ballard Man, I miss the Bitter End. When I first moved to Austin and worked for a marketing firm, we would sometimes have client lunches there. How... The Ghost of Swen Beryman

Written by Jeanine Plumer Pioneer times were an era in America’s past when individuals and families left what was familiar and ventured forth into barely tamed lands in anticipation of...